EU governments have supported first-ever repairability measures for fridges despite opposition from manufacturers and hesitation from the European Commission. The same progressive approach may now also be applied to other popular products, NGOs understand.

On December 10, the EU’s 28 Member States agreed on a new set of manufacturing laws to make fridges and freezers more easily repairable and longer-lasting. The vote was the first of its kind for Europe.

Most notably, the agreed text foresees that repairers should be able to disassemble some critical parts without damaging the product and with the use of commonly available tools. Components of products are very often glued together or welded, which makes the replacement of failing parts very difficult.

Governments also suggested applying a similar approach to other products such as washing machines and dishwashers, according to several national representatives consulted by ECOS and the European Environmental Bureau (EEB).

However, the NGOs also called for the rules to be extended to lighting and displays, which will be discussed next week, and to all products in the future. [1]

“EU governments refused to cave in to pressure and restored ambitious proposals to boost repair and reuse of white goods: this is good news for consumers and the planet. Now it’s urgent that Member States apply similar and even more ambitious rules to other products used by consumers in their daily lives, notably lighting appliances and televisions and monitors. “

“Waste from electronics is the fastest growing waste stream in the world. Enabling consumers to repair and reuse all electronic products is a must and will help save millions of tons of natural resources and greenhouse gas emissions while saving consumers money.”

The decision comes after the two NGOs denounced strong pressure from industry lobby groups, which prompted the European Commission to water down the proposals on repairability in favour of recyclability.

Alongside the ease of disassembly, EU governments agreed to make spare parts such as door gaskets for fridges available to all for a number of years. Only certain spare parts will be made available exclusively to professional repairers who must meet several criteria defined at national level.

They also insisted that lighting and displays shall not be exempted from similar rules. Many lamps sold in Europe come with individual light bulbs that cannot be replaced. This means that when one light bulb stops working, consumers are forced to replace the whole lamp, therefore generating more waste. Display repairs are also nearly impossible today due to glued and welded components, while no spare parts and replacement information is made available.

NGOs and repairers gathered in front of the EU institutions on Monday, December 10, to demand more repairable products 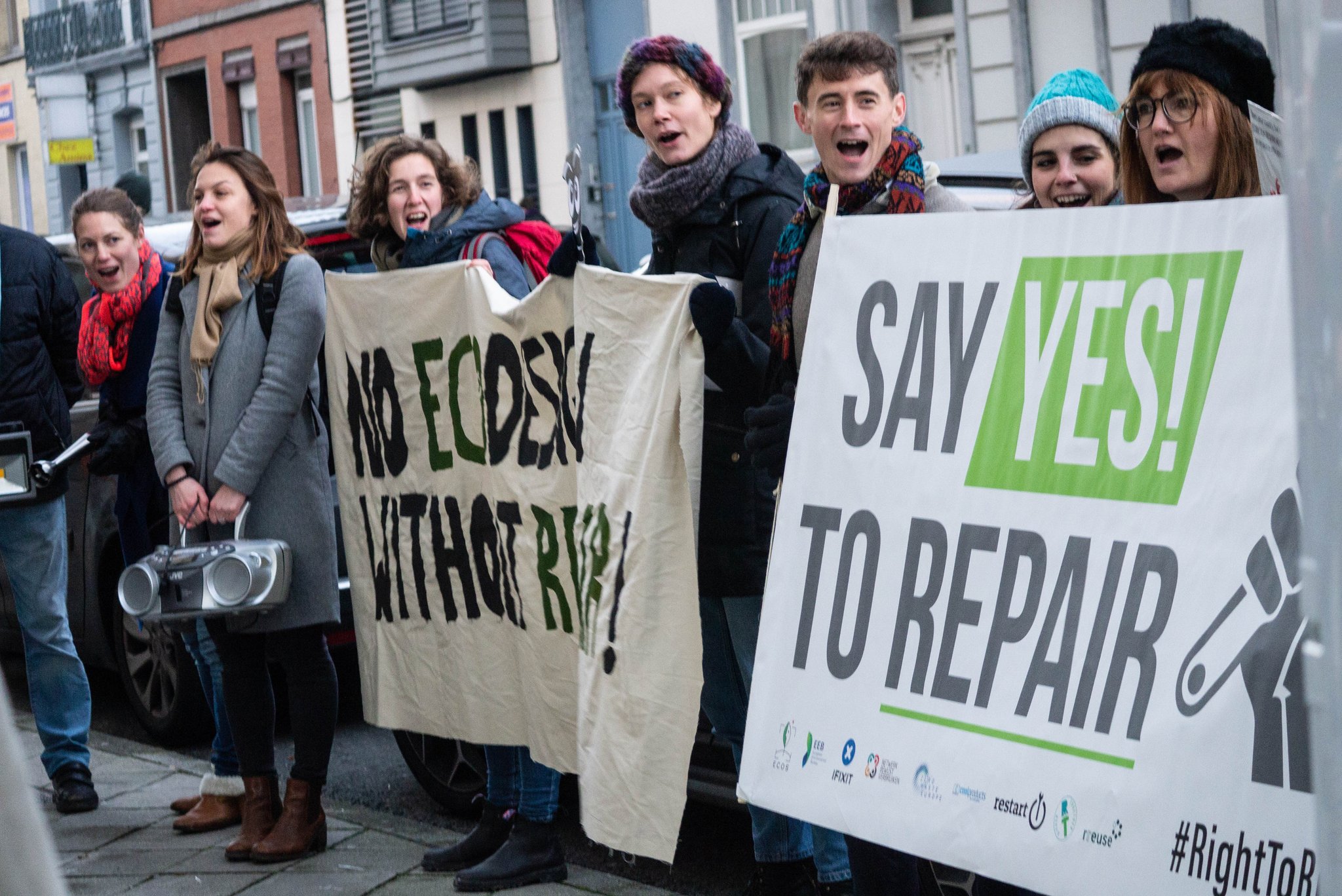 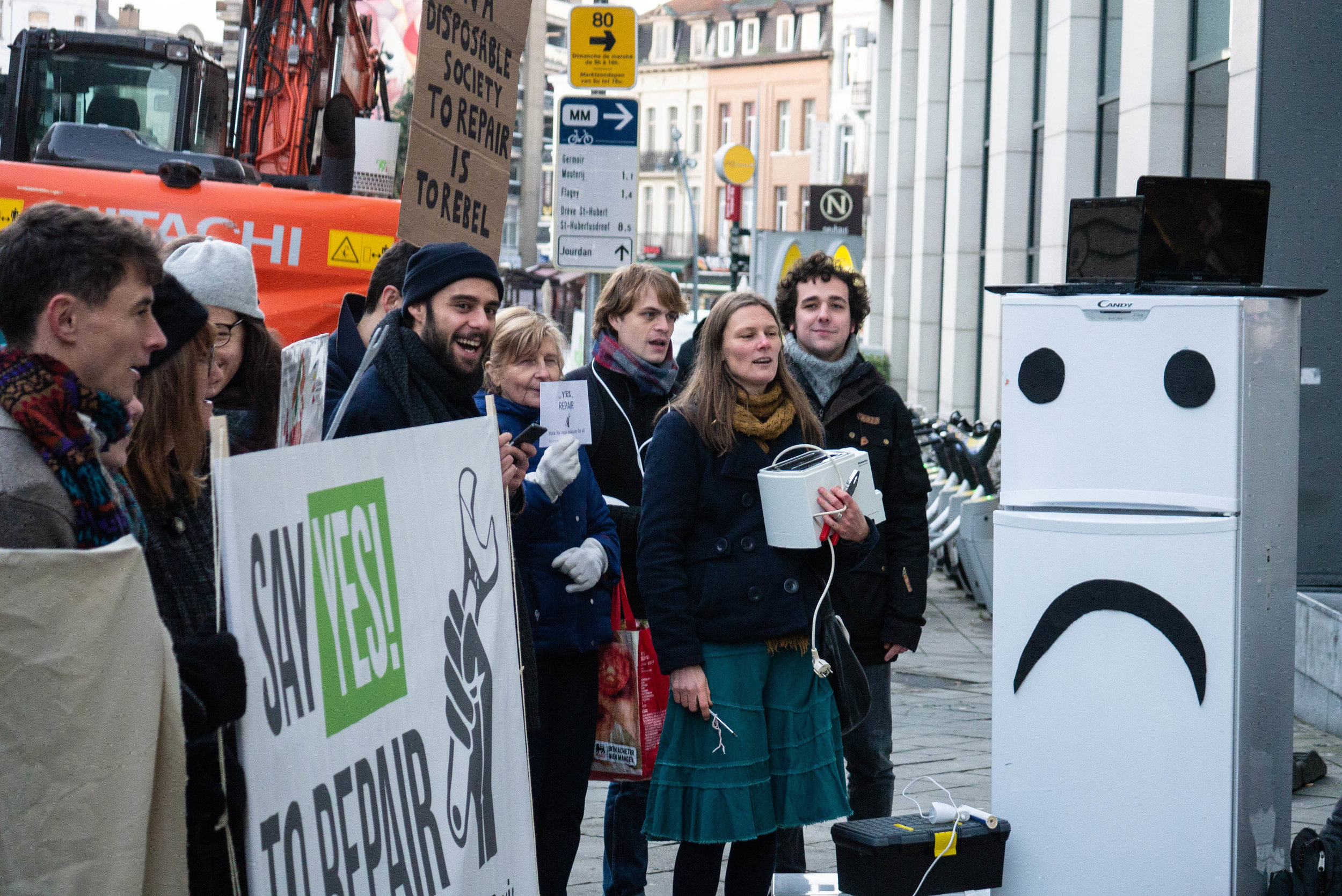 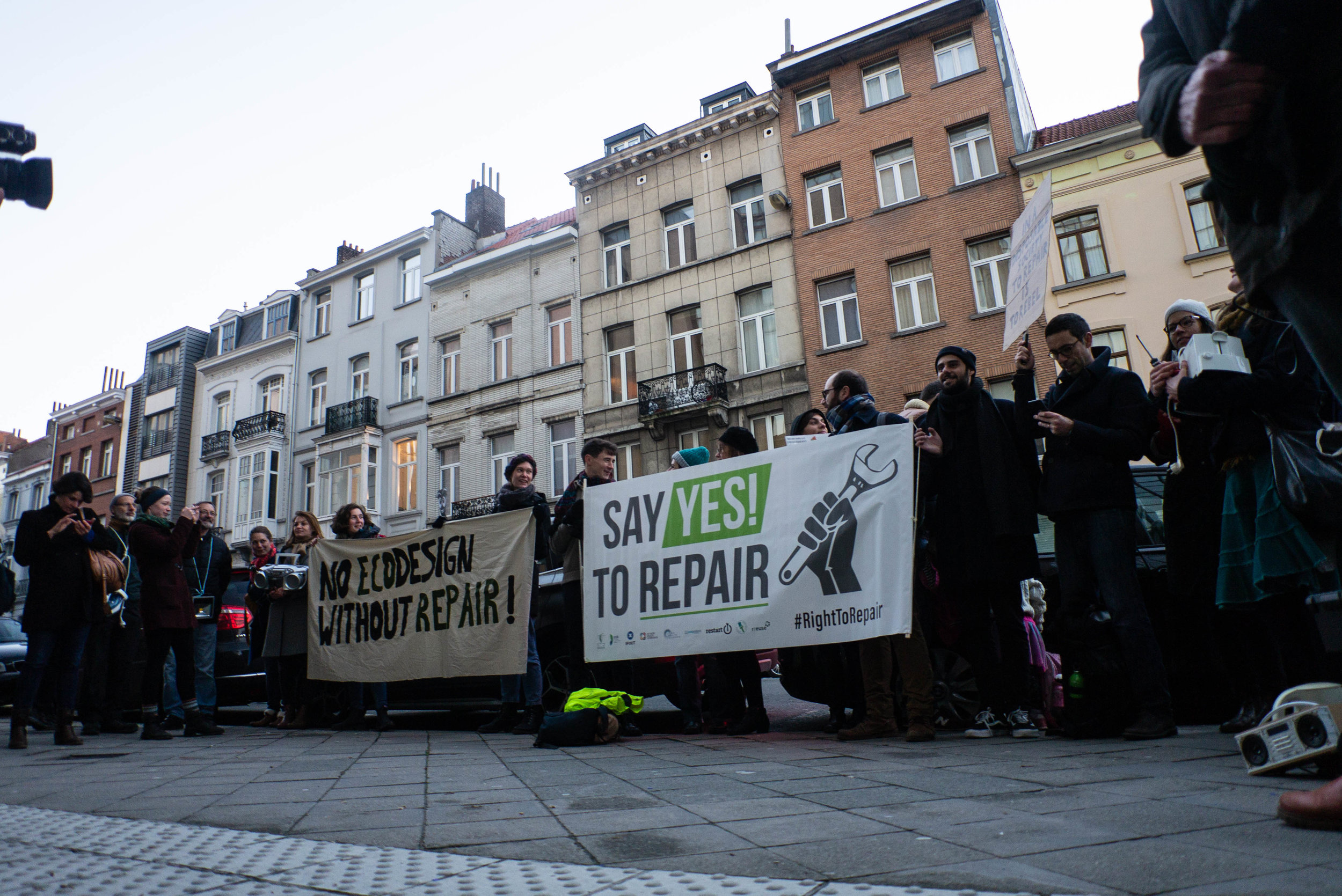 The proposals are part of the EU’s plans to reduce the environmental impacts of products (Ecodesign Directive).

Over the last twenty years, Ecodesign policies have largely focused on energy efficiency, improving domestic and industrial products by making them perform better with less energy. This radically cuts household and business energy bills and lowers the energy intensity of our economies, even as they grow.

Progressive policy-makers are now trying to take it a step further, to make sure that they also last longer, and are easier to repair and recycle.

[1]  Dates when EU governments are expected to vote:

In March 2019, the European Parliament will formally approve the decisions made by Member States.  This could set an important precedent for more products to be scrutinised in the near future.