Vehicle tyres are not only made of rubber. They are a complex blend of many materials and chemicals, including different types of plastic. [1] Kilometre after kilometre, tyres gradually shed tiny bits of material when they abrade against the road surface, leading to fine particle emission into the air, but also microplastic pollution of surface waters due to road run-off.

Tyres are the main contributor of unintentional microplastic release into the environment, leading to 250,000 to 500,000 tons of microplastics pollution every year in the EU. [2] [3]

The impact of microplastics

Microplastics from tyres include a number of chemicals, some of which are carcinogens, mutagens and endocrine disruptors, which can easily leach into the environment. Small plastic particles from tyre wear can also enter wildlife and human bodies through ingestion and inhalation and have been associated with considerable negative health impacts. [4] 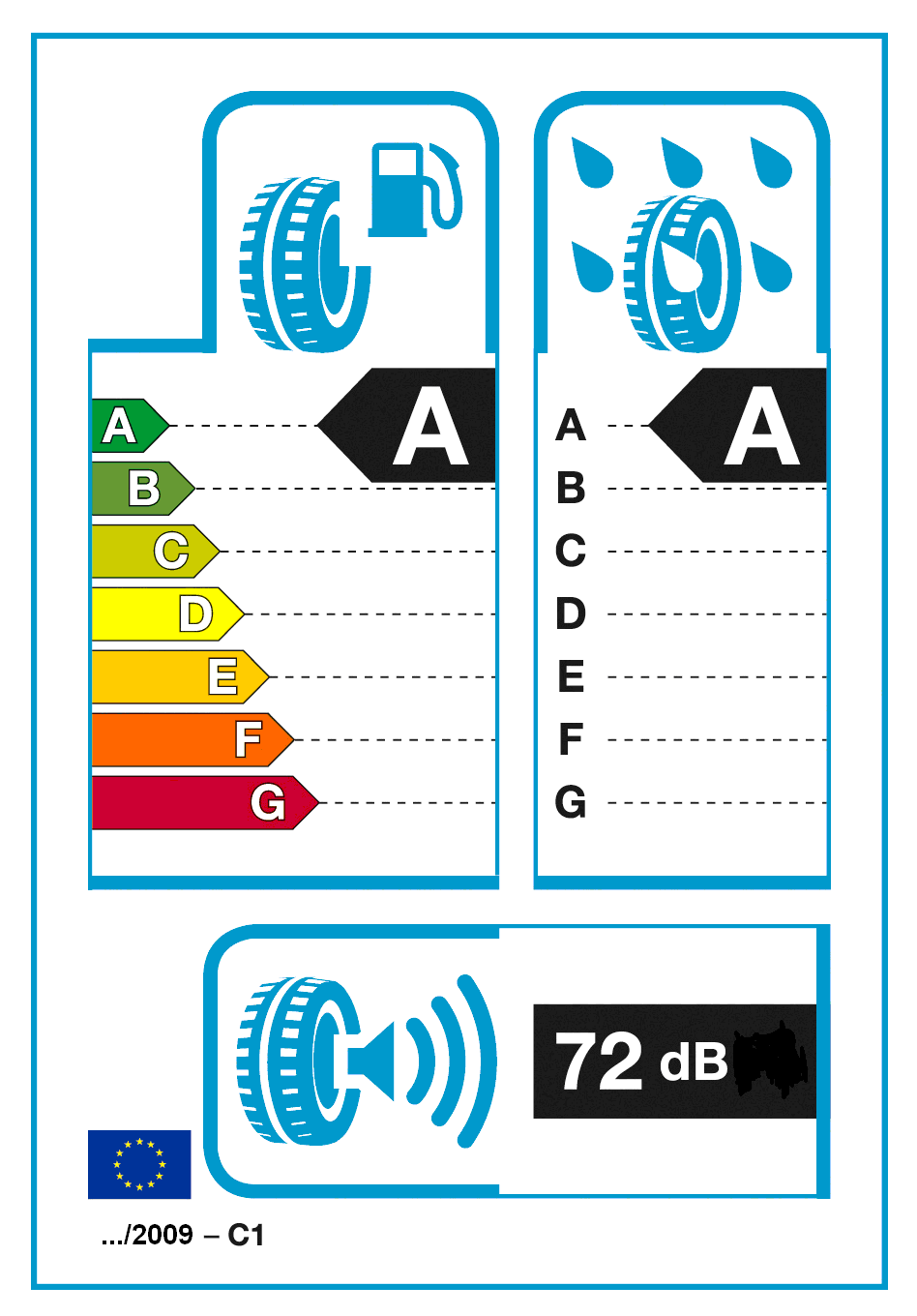 All tyres sold in Europe need to display a label similar to the one we find on domestic appliances. This label guides consumer purchasing decisions in terms of rolling resistance, wet grip, sound, etc. It still does not, however, contain information on tyre resistance to wear and tear.

The label is currently under revision and a new and improved one could be adopted next year. The proposal aims at making the label and the information it communicates much more visible.

European Commission has laid down the strategy

Reports and articles unanimously suggest labelling of tyre abrasion as a powerful and cost-efficient tool to prevent plastic pollution at source.

In its Plastics Strategy, the European Commission committed to investigate policy approaches to tackle the unintentional release of microplastics from tyres. The proposal for a revised tyre label consequently suggested to add a pictogram on the performance of tyres in regard to abrasion. This is an efficient way to guide consumers towards better products on the one hand, and of encouraging innovation on the other. A handy reference to the need for a harmonised test method to measure tyre tread abrasion was also part of the proposal.

The ball is now in Parliament’s court

Following the usual procedure, Member States and the Parliament are now discussing the proposal. Unfortunately, most Member States seem ready to put a curb on the Commission’s enthusiasm and delay the decision for about 10 years. And despite their apparent will to fight plastic pollution, MEPs look like they want to weaken the Commission’s proposal too. The current text now misses concrete dates for the inclusion of abrasion into the label. A vote will take place on 25 March which will set the Parliament position and the fate of this much-needed addition to the label.

If Europe is serious about solving the plastics issue, it needs to both tackle visible and invisible sources of plastic pollution. Establishing a measurement method and adding an icon on the tyre label is part of the solution. And unfortunately, the Commission won’t be able to do it alone. If the institutions fail, tyres will remain the main source of unintentional microplastics emissions into the environment.

Update from the European Plenary vote on 26 March 2019: As feared, despite their pledge to fight plastics pollution, the European Parliament has decided to postpone this action for years.

By Ioana Popescu & Chloé Fayole, ECOS
This article has been produced by ECOS, in the context of the Rethink Plastics alliance and Coolproducts campaign.

[3] Hann, Simon, et al. Investigating options for reducing releases in the aquatic environment of microplastics emitted by (but not intentionally added in) products. (2017).